The Scholars Program provides assistance and enrichment opportunities for students who aspire to excel academically, develop leadership skills, exhibit citizenship, and serve their community and school.

Based on the principles of academic excellence, leadership, service, and citizenship, the Scholars Program is an honor society for 4th-16th grade students with a goal of developing a peer culture of success among its members.  Activities focus on students who by virtue of their environment are at a disadvantage for achieving academic success when compared to the population at large and who are not challenged to achieve performance excellence through other programs or co-curricular activities.  The FGCU Scholars Program, whose motto is “Shaping the Minds of the Future,” is a collaboration between the Office of Outreach Programs at Florida Gulf Coast University and schools and/or community organizations in Charlotte, Collier, Glades, Hendry, and Lee counties. 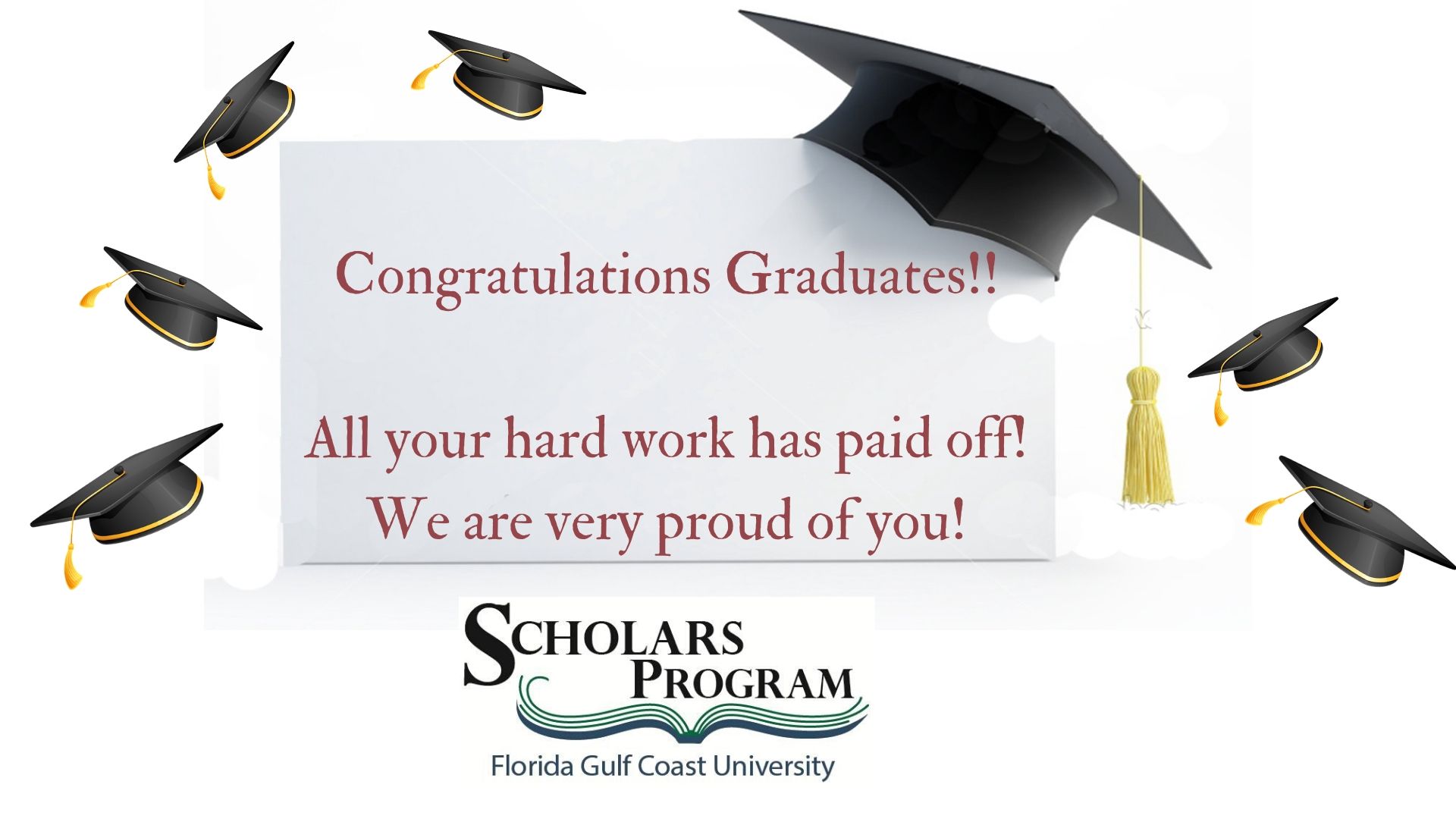 Coordinators and Advisors - If our students have done anything you would like to share with others, please let Carolyn Greene know so that she can publish it in the monthly newsletter.