We wish to offer our deepest thanks to David and Linda Lucas on behalf of the faculty, staff and students, and the community as a whole, all of whom will benefit from The Lucas Center for Faculty Development at Florida Gulf Coast University.

David and Linda Lucas are among the university’s earliest and strongest supporters, beginning before there was a physical university in which to invest. As an inaugural member of the FGCU Board of Trustees, David expressed his hopes that the university would serve as a “force for good” in the community. 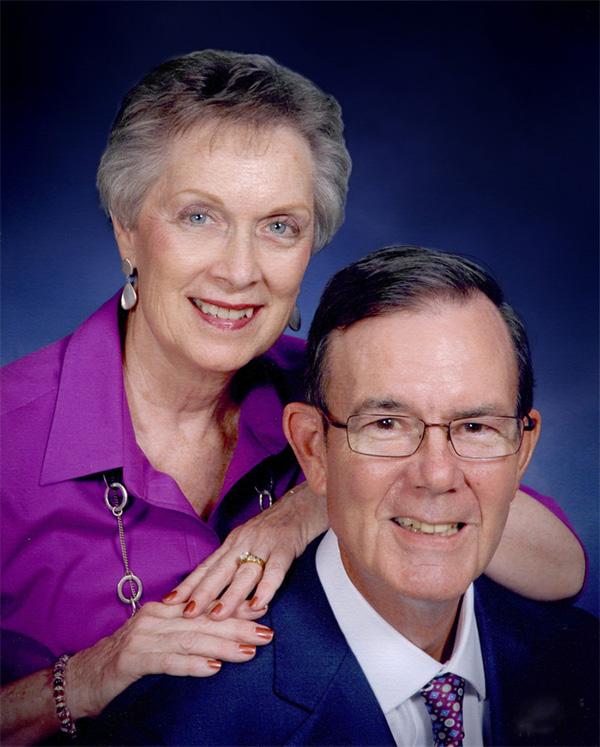 A native of Pittsburgh, Pa., David Lucas moved his family to Southwest Florida from Dallas 27 years ago to become involved in the family real estate development business. He has played an important role in the Southwest Florida community, both as chairman of Bonita Bay Group and through his many civic efforts.

He was a founding member of the FGCU Board of Trustees, serving eight years before reaching his term limit. Today, he continues to serve the university as a member of the FGCU Foundation Board. He and his wife, Linda, recently gave FGCU a $2 million gift to establish The Lucas Center for Faculty Development.

The entire community has also benefited from his work at the Southwest Florida Community Foundation, where he served on the board, and through United Way of Lee, Hendry and Glades, where he is a board and executive committee member. More than two decades ago, the Lucases helped found the Alexis de Toqueville Society, composed of donors who give at least $10,000 annually.  This year the cumulative donations of the de Tocqueville Society will exceed $25,000,000. Mr. Lucas has served as the chair since its inception. He has served on the board at Canterbury School for over 20 years and was the President of the Board for ten years. He is also on the executive committee and the board of Reformed Theological Seminary, one of the country’s largest Protestant seminaries. Mr. Lucas also is on the Board of Trustees at Covenant College and also serves on their foundation Board.

Junior Achievement named him a laureate of the Lee County Business Hall of Fame; the Boy Scouts honored him as Distinguished Citizen; he is a Bonita Springs Area Chamber of Commerce Citizen of the Year; and he has been honored by American Red Cross and YMCA of Collier County.

He earned his bachelor’s degree in industrial management from Purdue University and an MBA from Harvard University.  Mr. Lucas lives in Fort Myers with Linda, his wife of 45 years. In addition to their three children, they have five grandchildren.

Linda Lucas was born in Pittsburgh, Pa.  She graduated from Mount Lebanon High School then attended Baldwin Wallace University in Berea, Ohio.  She graduated in 1969 with a degree in elementary education.  Shortly thereafter, she married David Lucas and moved to Cambridge, Mass.  For two years, she was the family breadwinner, teaching second grade while her husband attended graduate school.

She went on to become a homemaker and mother, raising the couple’s three children, Brian, Kevin and Megan. The family later moved to Dallas and then Fort Myers, where they have lived for 27 years.

Over the years, Mrs. Lucas has been very involved with Community Bible Study, serving as secretary for 18 years at the Fort Myers organization. She and her husband helped found the Alexis de Toqueville Society, for those who give $10,000 annually, at the United Way of Lee, Hendry and Glades. She has devoted many hours of volunteer service to Canterbury School in Fort Myers and served as president of the Parents’ Association. She has also been active in Westminster Presbyterian Church in Fort Myers. The Lucases have been married for 45 years.