John Greaves is a globally recognized leader in technology who has pioneered development in DLT and Blockchain. His work in the Standards, Regulatory and Compliance areas for over 40 years enables him to support the rapid adoption of Blockchain DLT, revolutionizing IT as he states "in the post Turing era.” His drive towards the creation of sophisticated, Value Models based on a strong economic background, his leadership role in the Standards Community in Data Acquisition, and the rapidly emerging need for data that is focused on Value Models - not simply “data for Data's sake” - all combine to make him a thought and best practice leader in Blockchain adoption. This has led John to becoming one of the first in his field to apply Value Models in Supply Chain and Health Care in particular. His OHIO Principle (Zero Human Intervention Operations) is the backbone of the assessments and evaluations that are driving rapid adoption of Blockchain DLT. Greaves has been the founding chair of several US, EU and British standards groups. He works closely with and continues to be a part of the EU Blockchain and DLT Programs. He was the leader of the GTAG program for EAN.UCC and developed, among many significant implementations worldwide, usable inter-operable IT and Data Processing engines. These very engines have rapidly been adopted by Standards and Regulatory IT Architecture. John has served with distinction in multiple standards and equipment regulation bodies including ETSI, CEPT, CEN, ISO. As such, he has also addressed and been a member of many of the leading industry bodies including GS1 Healthcare Solution Partner, GS1 Inter Industry Blockchain Council, ISO, IEC, IEEE, ANSI, BSI, DASH 7 in Protocol Security, and several NGO Organizations and governmental agencies engaged in Citizen Well Being. John is a Fellow of the Institute of Directors. Greaves is a frequent contributor to leading industry publications and public media including Corporate Investment Times, CIO Magazine, and Air Transport International where his thought provoking commentary and practical resolution of issues on Blockchain and DLT Implementation form the basis of many of today’s successful rollouts. Specialties: Leading Authority on next Generation IT, Standards Framework and Execution. Provides leadership, inspiration and overcomes the challenges of growing business. 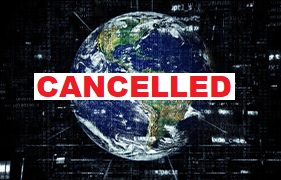 Don't have a Supply Chain Collision: Lessons from the USS John S. McCain

Dr. Ralph Soule served in the US Navy for 30 years as a nuclear operator and maintainer, retiring in 2011. He led large teams of men and women, civilians and military, that performed extensive repairs to and construction of nuclear powered aircraft carriers and submarines. He is the author of How to: Become an Email Ninja: Seven Steps to Getting More Done Faster in Email. He received his doctorate in Human and Organizational Learning from the George Washington University in 2016. His research interests include accelerating proficiency, adult learning, culture, leadership, change, and human resources development. He writes regularly about high reliability at ralphsoule.com/ralph-soules-blog.

Digitizing your Supply Chain. What does that really mean?

Praful Karanth is the Industry Executive Advisor for Retail Hardlines and Supply Chain at SAP North America. Praful has over 30 years of experience in Operations Improvement and Post-Merger Integration (PMI) as an industry practitioner and as a management consultant, advising leading Consumer Products and Retail organizations on strategic priorities from Sourcing and Procurement to Planning to Logistics and Transportation. Praful is also an advisory board member of Texas Christian University’s (TCU) Center for Supply Chain Innovation (CSCI) and at Florida Gulf Coast University (FGCU) Supply Chain Advisory Board.

May 12, 2021 / The Wednesday Webinar / Tag: Center for Supply Chain Excellence

John Fitzgerald has over 40+ years’ experience in global supply chain execution with leading global forwarders/3PL’s and leading Cloud Computing companies like GT Nexus/INFOR. He is the past Global Chairman of the CSCMP, Chicago Roundtable and past Chairman of the Strategic Account Management Association and Board Director. John is actively involved with the Council of Supply Chain Management Professionals and a frequent speaker for CSCMP, US China Chamber of Commerce, Penn State, Arizona State, FGCU and various other Global Trade organizations and universities. He has also been an adjunct faculty at Northwestern University’s Executive Transportation Programs.

Charley Dehoney has more than 17 years of experience at the intersection of transportation technology. He’s helped launch, build and scale companies that have supported hundreds of millions of dollars in growth. Charley is currently serving as President of Fitzmark, a mid-sized 3PL. Previously, Dehoney served as CEO of Manning’s Truck Brokerage, a 50-year-old, logistics company acquired in 2020 by Fitzmark Inc. Dehoney has also held executive roles in several high growth and venture capital-backed logistics businesses.