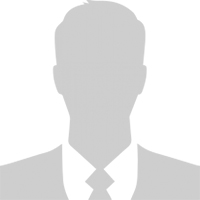 Francie Huber is from Kansas City, Missouri. She earned a B.F.A. from the Juilliard School in New York.  A principal dancer with the Paul Taylor Dance Company, Ms. Huber created many roles including the solo in Cascade, “the polka” in Company B, as well as the lead role in the internationally acclaimed Piazzolla Caldera.  Her contribution to this work was featured in the 1999 Academy Award nominated documentary film, Dancemaker.  Ms. Huber was also featured in several television productions including the Dance in America series’ Emmy Award winning Speaking In Tongues, the Emmy nominated The Wrecker’s Ball, the Dannmarks Radio production of Spindrift And Syzygy, and the 1992 Kennedy Center Honors and in the documentary film, “Callings” by John Altman.  She was awarded a Bessie (New York Dance and Performance Award) for sustained achievement in dancing for her work with Mr. Taylor.  Ms. Huber also performed with other companies including Twyla Tharp Dance as well as performed her own solo works. In addition to her performing career, she has served as director of the Taylor 2 Dance Company, the second company of Paul Taylor and continues to stage Mr. Taylor’s works on professional companies and universities.  Ms. Huber is a Fulbright Scholar.  She received a Post-Doctoral, lecture and research grant, which led her to Amman, Jordan where she was the Guest Artist at the Queen Noor Al Hussein Performing Arts Center.  She was also the Dance Artist in Residence at the Carlsen Center in Kansas City for several years where she worked on the advancement of state and national standards for dance education and teacher training. Ms. Huber has been teaching master classes and workshops at universities, professional companies and private studios around the world and her choreography can be seen on many regional companies and schools. She has served on faculty at The Taylor School, New World School of the Arts and she currently lives in Southwest Florida with her husband and two children and enjoys teaching at Florida Gulf Coast University.
Frances Huber (Mourad)
Dance
E-mail: fhuber@fgcu.edu
©