The Galleries at Florida Gulf Coast University is launching the 2012 season with a dynamic exhibition titled You Call This Art. The Contemporary show is featuring over 50 works in various mediums including sculpture, photography, collage, accumulations, oil on canvas, lithographs and more. The exhibition as a whole challenges the title by simple emphasis on different words. “YOU Call This Art” stressing “you” and “You Call This ART” with the prominence on “art” Both should raise question marks at the end of the variations. The opening of the exhibition is on January 13th from 5 – 7 pm. Preceding the reception is a gallery interview with Alan Brown, collector and owner of Alan Brown Gallery.

You Call This Art highlights many works, some by very well-known artists, and some by others who were considered cutting edge artists over the last four decades. You Call This Art allows the viewer to look at the whys of the artwork and then leads to the hows of construction with various new and innovative material. Many different mediums are included in the exhibit and it is up to the observer to understand that it is all art. The exhibition is meant to be a thought provoking process.

Several of the artists’ works included in You Call This Artare members of the POP art movement which was controversial at the time but well accepted today. There are original prints by Alexander Calder, Jasper Johns, Robert Rauschenberg, Claes Oldenburg, Tom Wesselmann, James Rosenquist, Helen Frankenthaler, Ellsworth Kelly, Larry Rivers and Andy Warhol along with photographs by Annie Leibovitz, Cindy Sherman, Komar & Melamid and Jerry Uelsmann who were once labeled avant-garde in their field. Included in the exhibit are collages by Arman, Ray Johnson and Joseph Cornell and works of oil on canvas by Ludwig Sander, Kathleen Jessee and Robert Fontaine among others. Sculptures by Claes Oldenburg, Bob Epstein, Mary Frank and Jud Fine along with pastels by Janet Fish and Charles Parness provide diversity in medium under the umbrella of “art”. 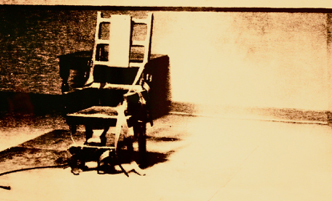