The Florida Gulf Coast University Board of Trustees unanimously selected Dr. Martin to become the institution’s fourth president on July 1, 2017, and his appointment was confirmed by the Board of Governors.

A native of Crosby, Minn., Dr. Martin earned a bachelor's degree in business and economics and a master's degree in economics at Mankato State College (now Minnesota State University). He received his Ph.D. in applied economics from the University of Minnesota in 1977. His areas of specialization are prices, international trade, public policy, transportation and business logistics.

His membership on local, state and national boards and organizations spans decades of service, and currently includes the Farm Foundation Board of Trustees and the International Agricultural Trade Research Consortium.

Please Note: The image below is a quick view of the chart - for a high resolution view, please click on the chart. 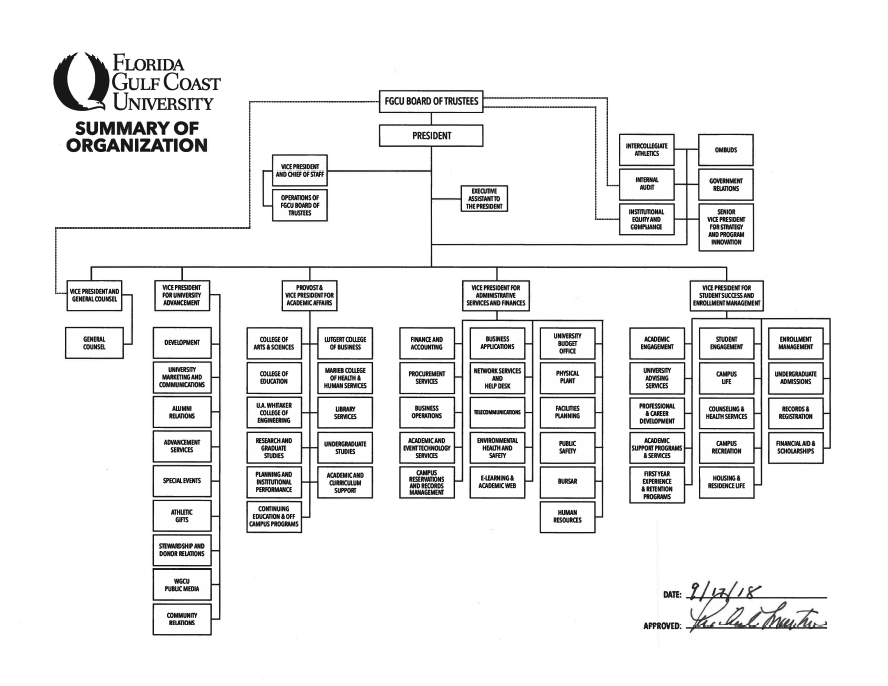 FGCU in the News

Professor’s research could save thousands of endangered sea turtles

We're here to answer your questions

Office of the President