At FGCU, you are not a number. People actually know folks by name. 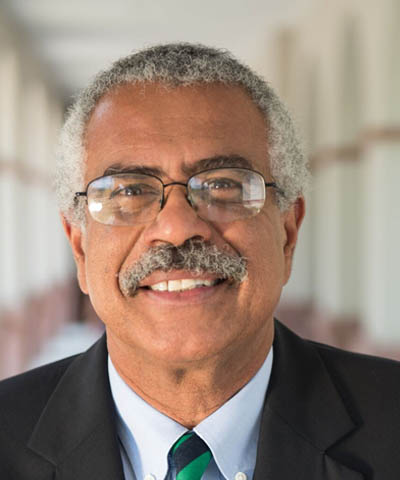 Dr. Cecil Francis Carter is director of the College of Education’s doctoral program and has the distinction of being one of FGCU’s founding faculty members.

Dr. Carter’s love of teaching was inspired by his mother, who was also a teacher. Upon receiving his undergraduate degree in physics from Norfolk State University in Virginia, he became a math teacher in Virginia Beach. While there, his principal recognized his leadership abilities and encouraged him to join the administrative side of the field. He went on to earn his master’s and doctorate from the University of Virginia, which led to a long, illustrious career in educational leadership serving as a school principal, a district-level administrator and a superintendent of schools along the way. During that time, however, he had a prescient thought that continued to reverberate in his mind over the years, “One day, I’m going to teach others how to do what I do.”

In 1991, Dr. Carter moved to Southwest Florida and continued his leadership career in the Lee County School District. But he kept reading about a new university that was proposed for Fort Myers. The thought of teaching kept ringing in his head. And he saw the once-in-a-lifetime opportunity to help establish a new university. So when FGCU opened its doors in 1997, Dr. Carter was here with his impressive resume in hand.

Dr. Carter sees education as a people business, one where relationships are important. He is focused on learning outcomes, balancing socialized and individualized learning techniques to impact students’ lives. He sums it up by saying, “I’m a people person and I like to think I’m making a positive difference in people’s lives—not just with my students, but also with the students with whom they interact.”