Resiliency and Adaptations in the Estero Bay Region

Cela Tega is the southwest Florida native (i.e.: Calusa) term for "A view from high ground." We used it here to symbolize "overview." The term was inspired from the Carib Native North American term epopopanana meaning:

This event was approved for 7 CM hours by the AICP

The program is one which should be of interest to all residents of Southwest Florida, especially to our county and municipal officials and local businesses. We have long been concerned about climate change. There can be no doubt that the ocean is already rising. There are previously-dry places on Miami Beach and other seaside locations that are now reflecting the sunshine. The east coast is already dealing with the problem, because they must, but only two Gulf Coast communities have yet acted. Punta Gorda has a climate change adaptation plan and at present the community is successfully implementing it. Lee County has a Climate Change Resiliency Strategy, which they were implementing until, unfortunately, the economic downturn of 2008-2009 necessitated some reorganization. Participants at the conference will get to hear speakers discuss vulnerability assessment, adaptation and resiliency plans and strategies, including those being implemented in Punta Gorda, and other locations. The final session will be an examination of plan implementation and lessons learned.

Dramatic Changes within Coastal Wetlands of the Ten Thousand Islands as a Consequence of Sea-level Rise: Lessons for Estero Bay

Regional Change for the Common Good

The Harvard GSD Project on Southwest Florida and Sea Level: The Case of Collier County (including Naples, Marco Island, and Everglades City)

The Wayne and Win Happy Hour 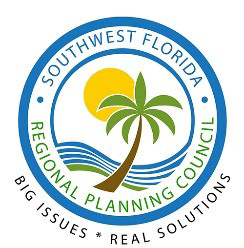