FGCU gave me everything I ever wanted in life. I had opportunities I wouldn’t have had elsewhere. 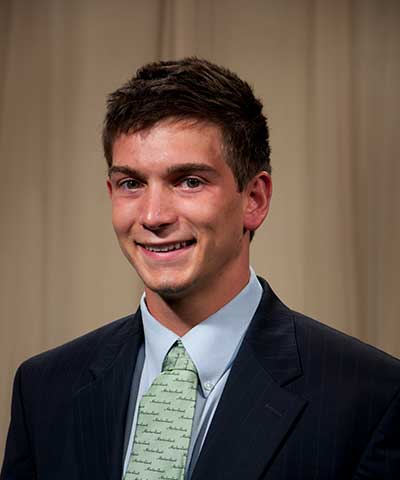 Peter Cuderman knows only too well the transformative power of community engagement. As an undergraduate, he served in Student Government, was elected president of his fraternity and participated in community projects too numerous to list. He also served as student trustee on FGCU’s Board of Trustees. Of these experiences, he said, simply, “I tried to get as involved as possible. I’ve always believed you get out of something what you put into it.”

Not surprisingly, Cuderman’s relationship with FGCU didn’t end at graduation. Along with believing wholeheartedly in community building, he believes in paying it forward.

“I asked myself, ‘Why isn’t there a way that younger grads can give back?’” he said. “I got to thinking, we live in a community where there are tons of successful fundraisers.” This thought inspired him to launch a gala to create an FGCU scholarship fund.

Cuderman reached out to younger FGCU graduates and students who, in some capacity or another, had a connection to the university, and the young folks answered his call. The Dr. Bart S. and Peggy I. Cuderman Scholarship is named as a tribute to his parents who, he said, were the inspiration for why he gets as much done as possible – both in his own life and on behalf of others.

Getting things done is somewhat of an understatement when it comes to Cuderman. While working full time, he graduated with a bachelor’s degree in legal studies and, two years later, he completed his MBA with a concentration in general management – all within a total of four years.

Today, he runs his own business, consulting local organizations in areas of public relations, management, leadership, operations and sales. He joined the United States Marine Corps in early 2015, first enlisting as a radio operator and now serves as a reserve officer after completing Officer Candidates School in Quantico, Va. He recently graduated from law school – and, lest we forget, he is an adjunct professor at FGCU, teaching entrepreneurship.

Of his history and of his predilection for giving back, Cuderman said, “I feel like FGCU gave me everything I ever wanted in life, even at a young age. I had opportunities I wouldn’t have had elsewhere.

“Also, community building has always been hugely important to me. One of my favorite projects as an undergraduate was my involvement with the building of the Veterans Center on campus. It became place veterans could call home.”

“It’s all about how you make places better and get conversations started. It’s not just asking questions, it’s about coming up with solutions.”